At 108 years of age, Nessie Kluckhenn is showing no signs of slowing down. This sprightly centenarian wants to experience everything life has to give. 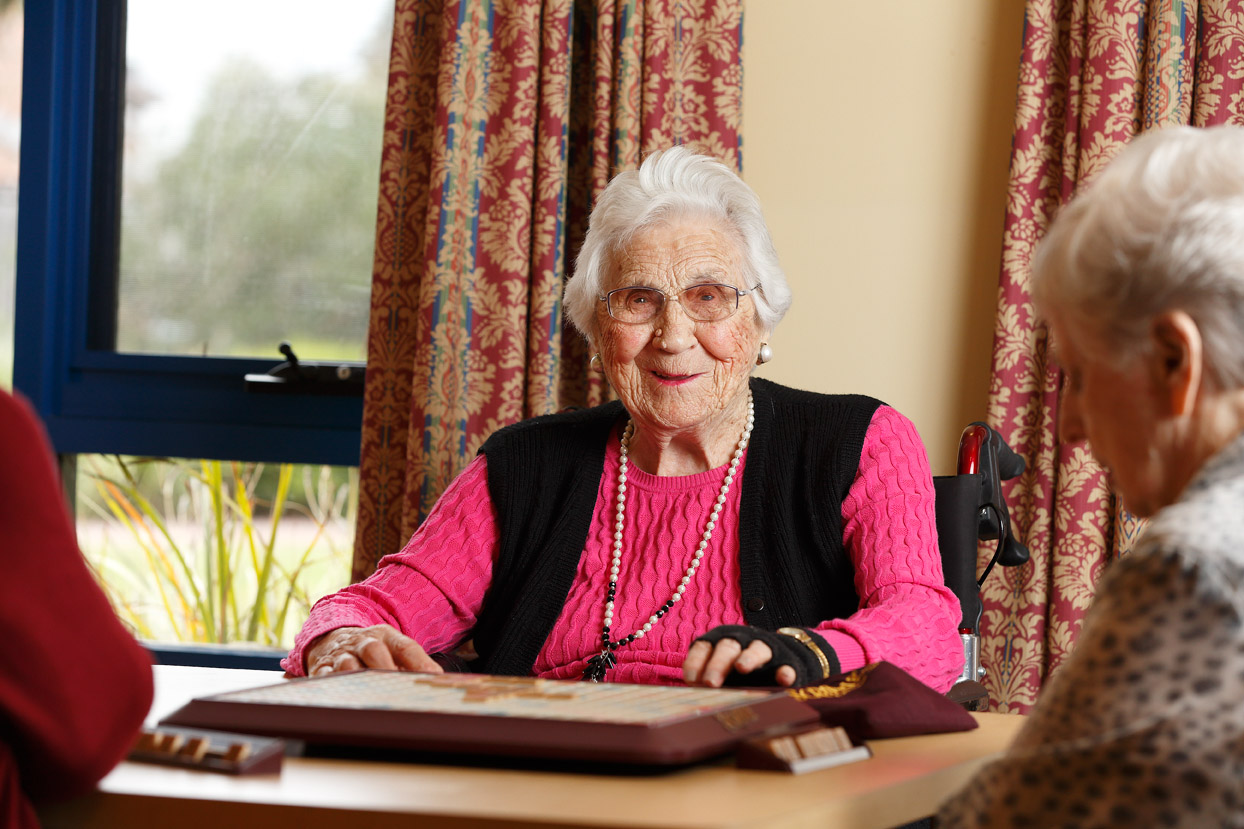 Nessie was born in Glasgow in 1909, the eldest child of 7 children. Growing up she was always told what to do, but it’s hard to imagine anyone bossing this lively lady around.

Through an enchanting thick Scottish brogue, Nessie will chat eagerly with you about her tough childhood during the First World War, working as a nanny for a wealthy family in New York in the 1920s, witnessing the collapse of Wall Street first-hand, and Charles Lindbergh’s historic solo flight over the Atlantic in 1927.

A hard worker all her life, Nessie worked on the British Railway during the Second World War, before emigrating to Australia shortly after by boat. Upon arrival, Nessie and her husband bought a block of land near Coburg for 50 pounds. Nessie tells moving to Australia was the best thing they ever did.

Nessie has been living at Mayflower Brighton for over 15 years, initially in the independent living units before moving into the aged care facility in 2016. Nessie says she loves living at Mayflower, and particularly loves playing scrabble and is known to be a fierce competitor.

When you ask Nessie for tips on a happy life, she is quick to share her motto “Don’t grieve too long, everything passes”.