Congratulations to Mayflower Board Chairman, Trevor Martyn, who received an Order of Australia (OAM) Medal in the Queen’s Birthday Honours list this month. In the Australian honours system, appointments to the Order of Australia confer the highest recognition for outstanding achievements and service. 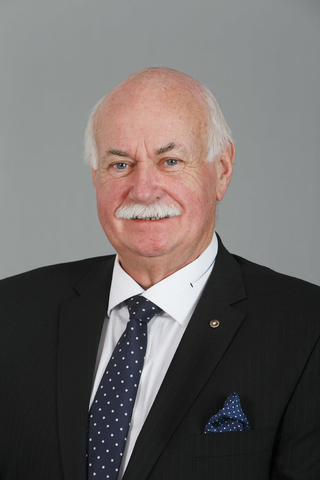 Trevor’s award acknowledged his services to the road transport industry and to the community.  Mayflower has been a great beneficiary of these services for more than 10 years. As a not-for-profit organisation, Mayflower has a voluntary Board who give their time and expertise to govern Mayflower for the benefit of the community we serve, and Trevor has been a long serving and generous contributor in this regard.

Trevor joined the Mayflower Board in 2008, and was appointed Chair in 2010. He was also Chair of the Capital Appeal Committee in 2006, where he worked tirelessly with the appeal team to raise more than $850,000 to help fund upgrades of Mayflower’s aged care buildings.

Mayflower CEO, Rosa Ginevra, says the achievement is a testament to Trevor’s commitment to giving back to the community in a positive way.

“Mayflower is fortunate to have Trevor Martyn as Chair of the Board and, on behalf of the Mayflower Community, I would like to take this opportunity to thank him for his energy, enthusiasm and generosity to this organisation”, says Rosa.