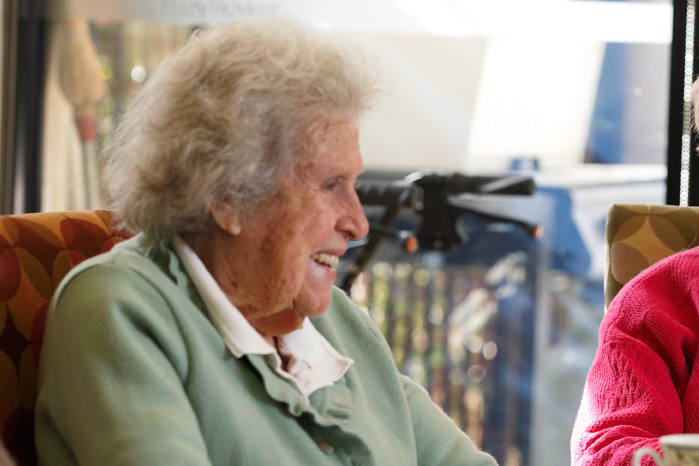 Jean, who is more affectionately known as “Jeany” by friends and family, has just reached the impressive milestone of 100 years young.

Born and bred in Melbourne, Jean was never going to be the sort of person to stay in the same place for too long, living all around Australia as well as travelling across the world many times.

Jean’s first big move was to Sydney when she was just shy of 19. It was Cup Day Eve and she had met a handsome man by the name of Jim Tolmer at a ball the night before. They instantly fell in love and ran away the very next day to be married. Dismissing speculation of a shot-gun wedding, it was 11 months later that their first daughter Jan was born and 12 months later their daughter Helen was born, and again another 12 months later Douglas was born.

Jean and Jim enjoyed wedded bliss for 24 years before his sudden passing at age 52. Jean was fortunate to find love a second time around, marrying Stuart McNeil.

Quite the socialite, Jean is well known for her vivacious personality, the incredible effort she makes to make people feel valued and important, and the roaring parties she threw that saw friends and family having an outrageously enjoyable time.

Jean was also a fabulous cook, never needing a recipe or any help in the kitchen. Daughter Helen says Jean’s cooking kept the whole family close to home.  “We would all invite our friends for a great meal,” she said, “there was never any reason to leave the house for a fun party!”

As the children grew into adults, they followed in Jean’s travelling footsteps, and she in turn followed theirs. When Douglas moved to Italy, Jean followed him visiting many times and enjoying snapshots of the culture and fabulous Italian food and wine.

Before Stuart’s passing after 24 years of marriage, Jean and Stuart lived with Helen and her family in country Victoria, helping run a restaurant and tourist attraction on their farm. Pictured below is Jean at one of their many functions in the restaurant and dancing with the visitors. Daughter Helen recalls with affection “Jeany would always be dancing with a glass of wine in her hand while singing ‘The Chocolate Soldier’ by Mario Lanza, and she would always get the words wrong. Jeany would talk to anyone and everyone at the restaurant and make them feel welcome!” Later Jean moved to Noosa in Queensland to live with Jan for several years.

With the love of her family and children her number one priority, Jean continued to travel the globe so she could meet all her grandchildren. Jean’s first grandchild was born in London, the second in Ireland and her third in France! Never to shy away from a good excuse to travel, Jean could not wait to meet these beautiful new additions to the family. Since then Jean has had the pleasure of welcoming nine great grandchildren to her family.

As the years moved on, it seemed that there was nothing that could slow this strong and independent woman down, with Jean sailing around the Whitsundays in a yacht in her seventies!

Jean may be a little quieter now, but she still maintains the beautiful warmth and energy that draws people to her. So, it was no surprise that the sun was shining for her 100th birthday celebration. The party was held on the outdoor balcony at the Bossy Boots café at Mayflower, with decorations reminiscent of the parties Jean use to throw.

Granddaughter and international singer, Phoebe Killdeer, was unable to attend as she was performing at a concert in Portugal, so she wished and sang “Happy Birthday” for Jean along with everyone in her audience. This footage was recorded and shared with Jean to her absolute delight on her special day. 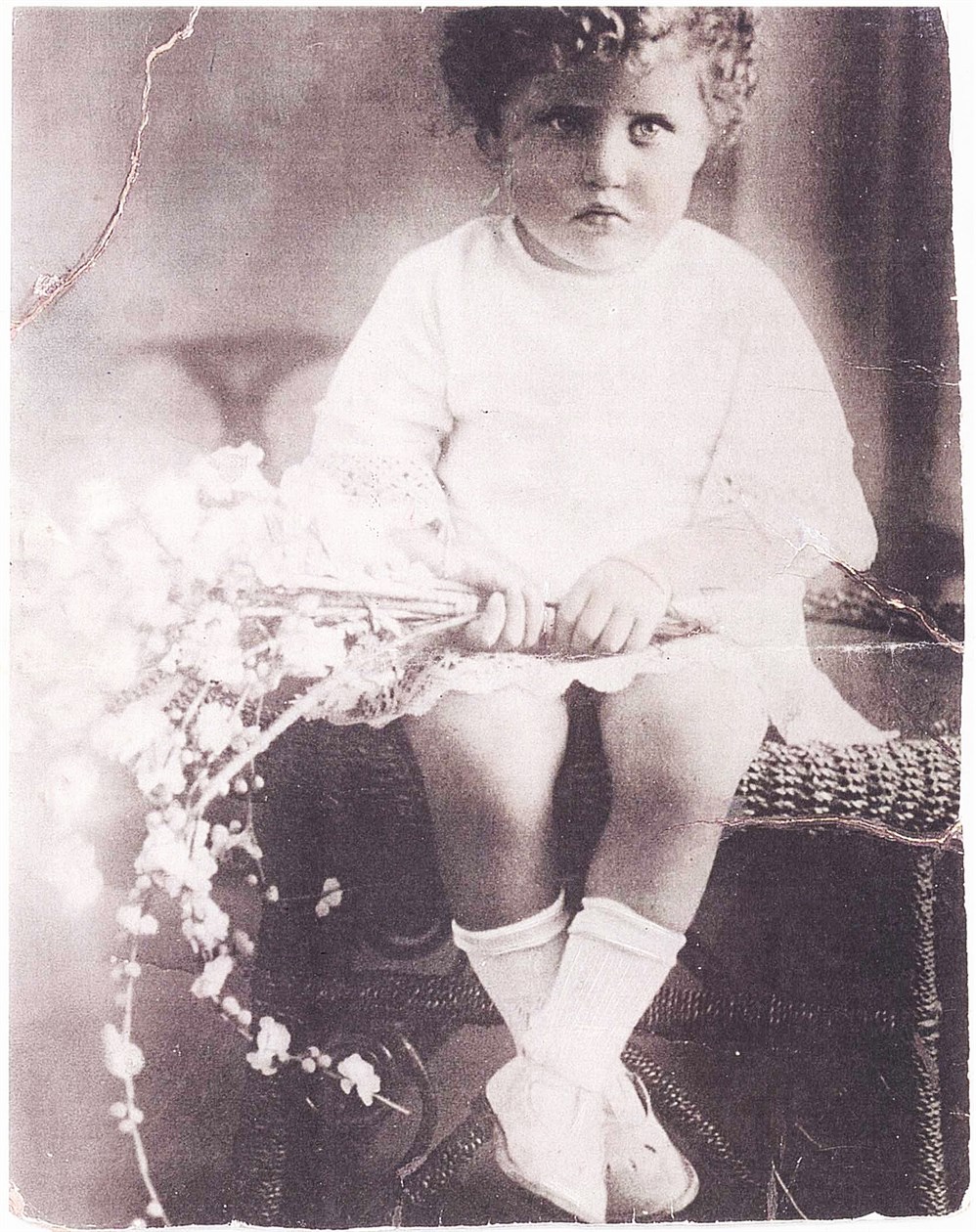 Jean as a toddler 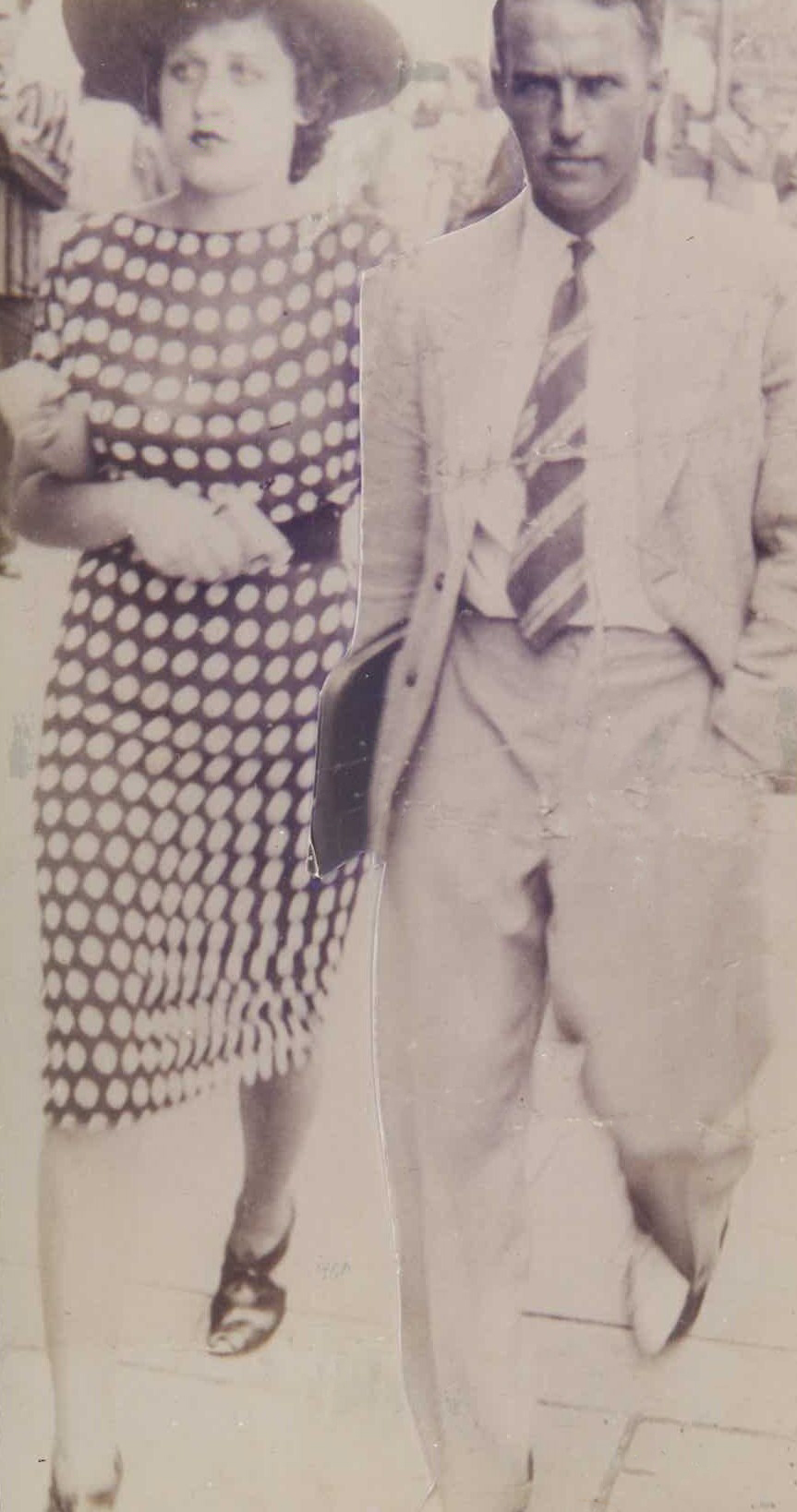 Jean with her first husband Jim, soon after getting married. 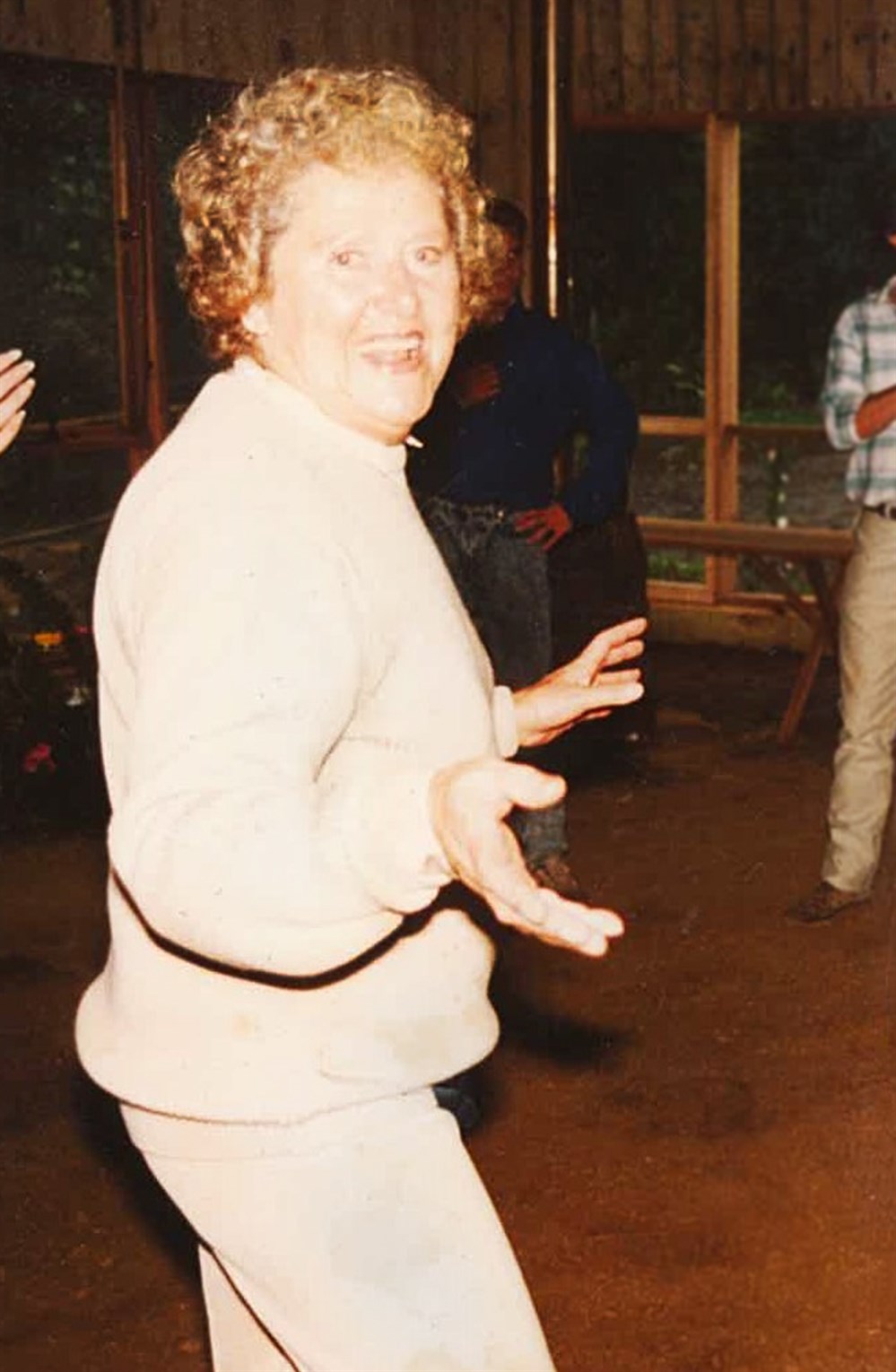 Jean at one of their many functions in the restaurant and dancing with the visitors on the farm in country Victoria. 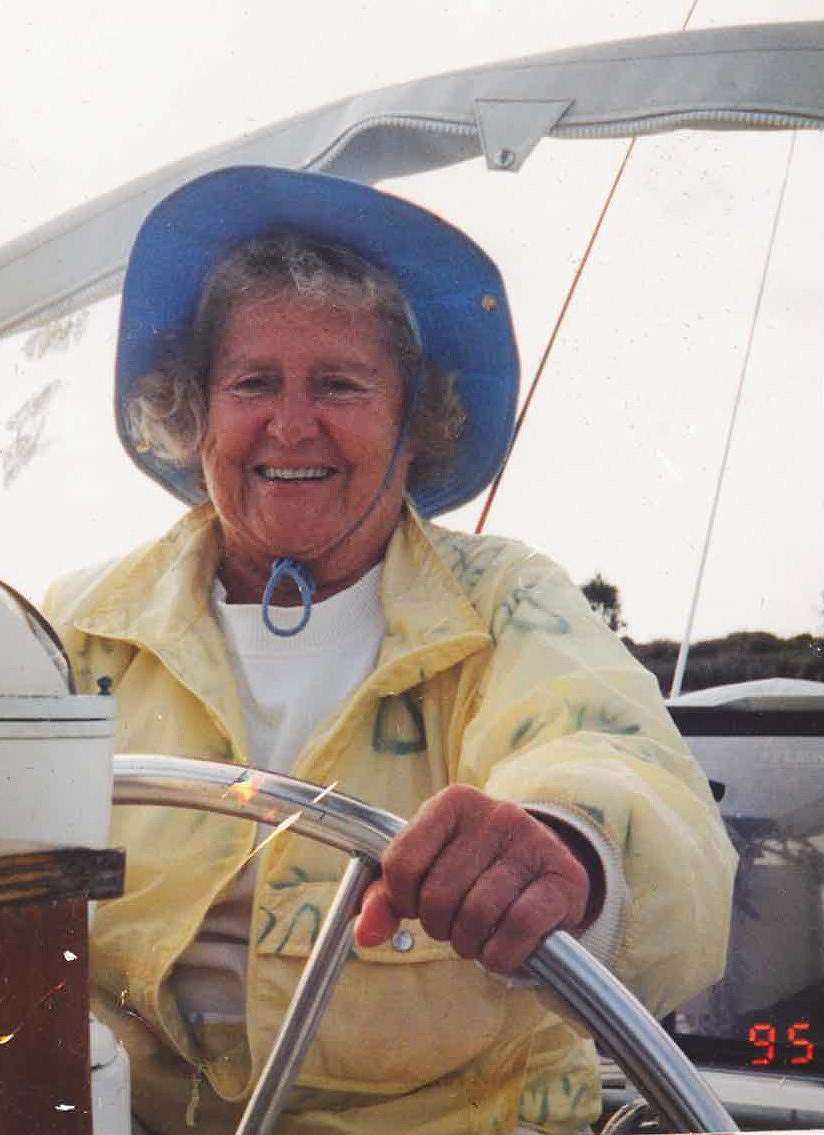 Jean famously sailing the Whitsundays in her 70's 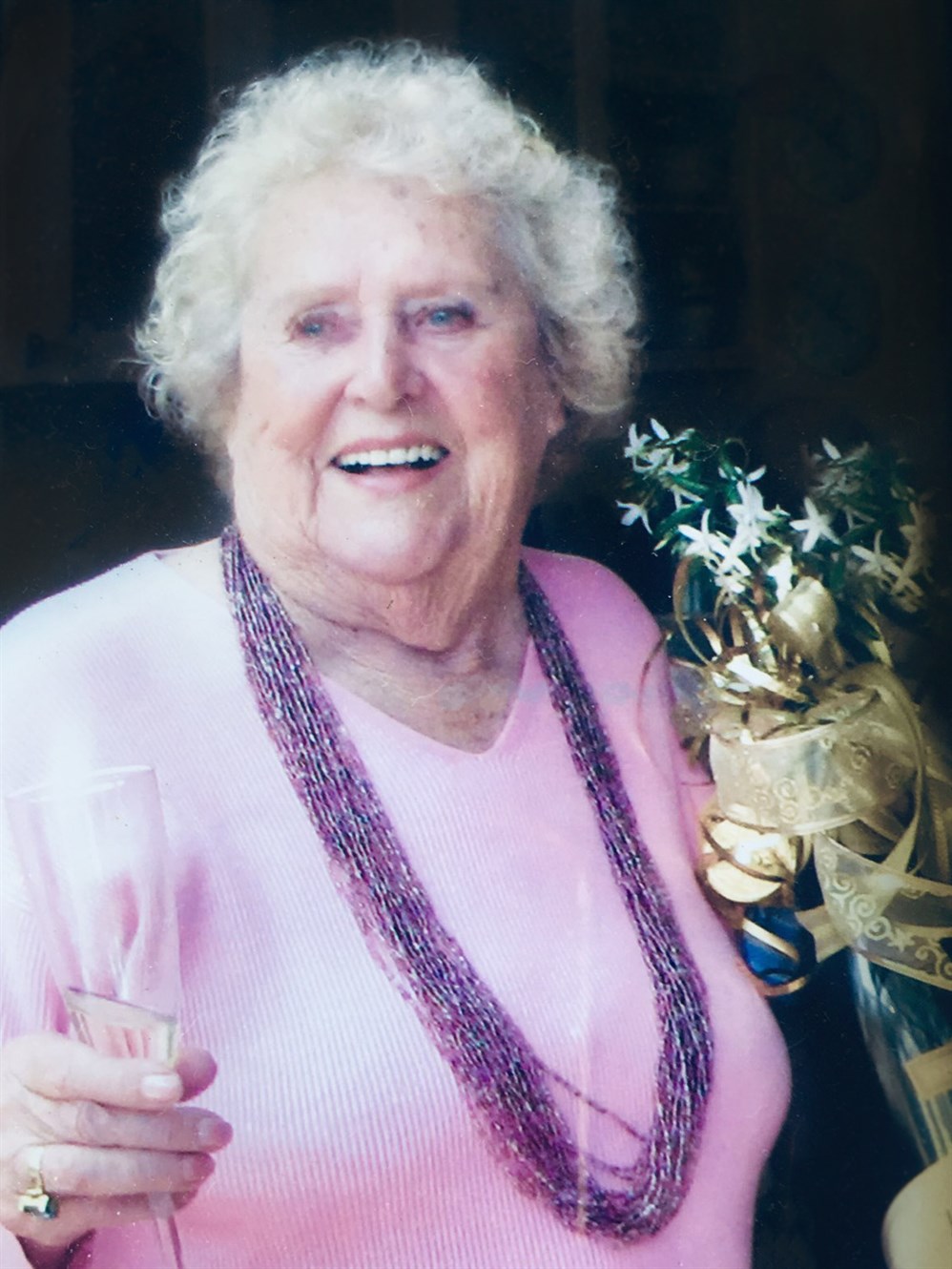 Jean radiant as ever on her 90th birthday. 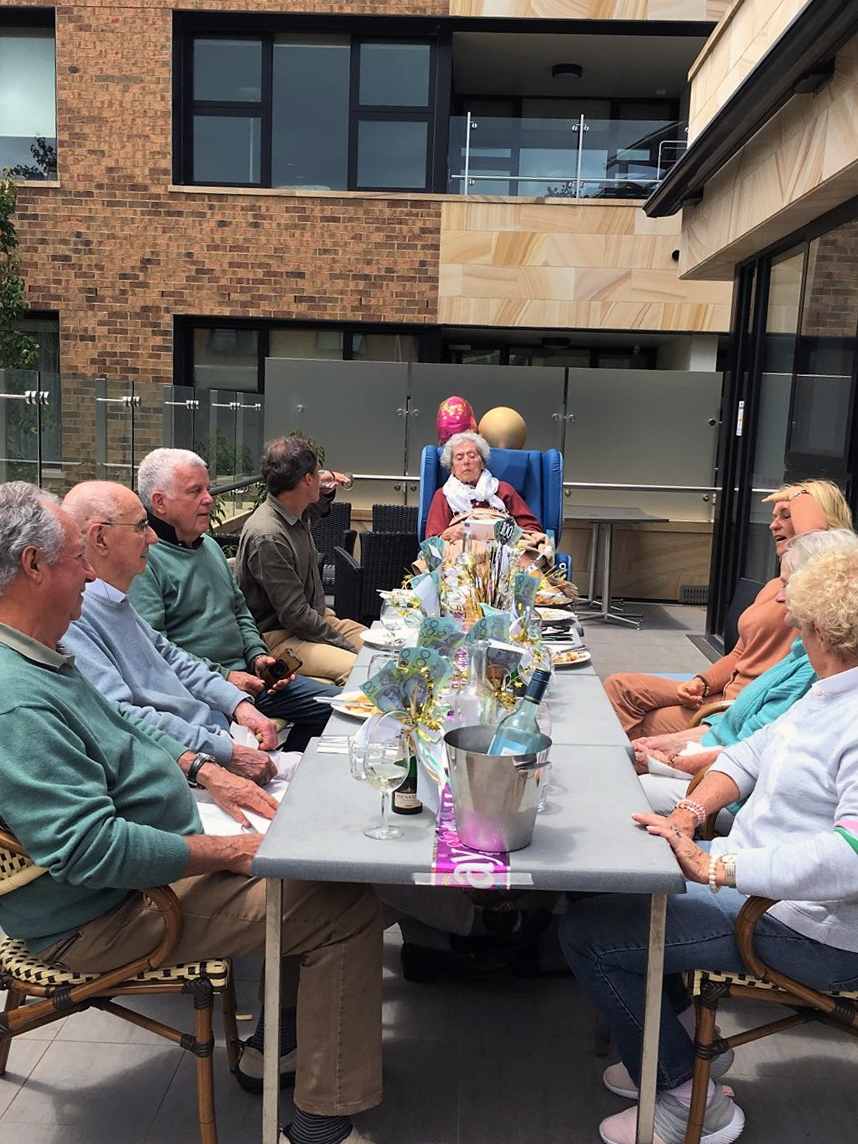 Jean celebrating her 100th birthday with family and friends at the Bossy Boots cafe within Mayflower Brighton.