Brighton Aged Care resident Keith Tudball was recently selected as one of the two World War Two veterans to complete a televised lap of honour around the MCG before the ANZAC Day Essendon v Collingwood match.

The ANZAC Day match between Collingwood and Essendon has become one of Australia’s most prominent national sporting events paying tribute to the sacrifice of the servicemen and women of Australia and celebrates the ANZAC spirit – courage, sacrifice, endurance and mateship.

Delighted to be honoured at the event, Keith served in New Guinea from 1942 to 1944 with the RAAF radar group. He grew up in Essendon and has been a life long supporter of the Essendon Football club.

The emotional day started early for Keith as he also participated in the ANZAC Day march to the Shrine of Remembrance before heading to the MCG.

Keith attended the day with family including grandson James, who nominated him to AFL and RSL for the honour. At half time during the match, Keith was introduced to Essendon legend and founder of the ANZAC Day match, Kevin Sheedy.

The only downside to the day was Keith’s beloved Essendon being beaten by Collingwood in a nail-biting finish.

Fun fact: No stranger to the world of ‘celebrity’, you may recognize Keith from the cover of our 2018 Annual report. 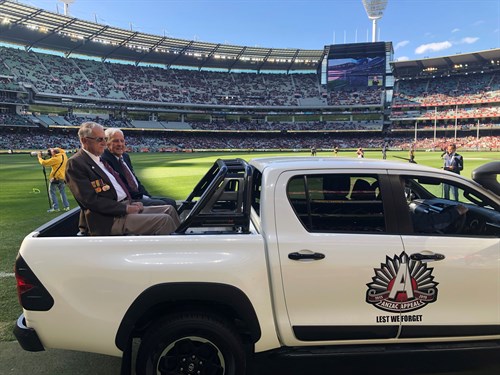 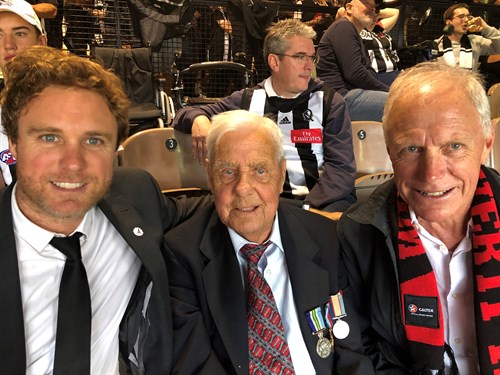 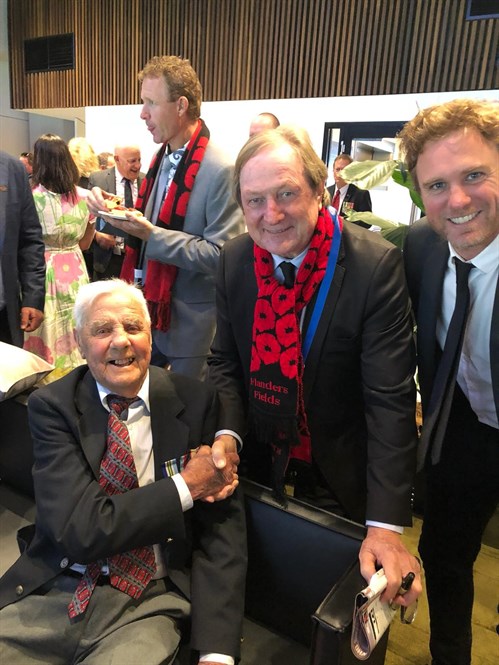