7 Simple Tips for a Successful Marriage

7 Simple Tips for a Successful Marriage

Rex and Lorraine know what it takes to make a marriage work, and have now been married for 53 years. The warm and lively couple sat down with us to share their best tips and advice for a long and happy union.

But first, let’s begin with how they met. 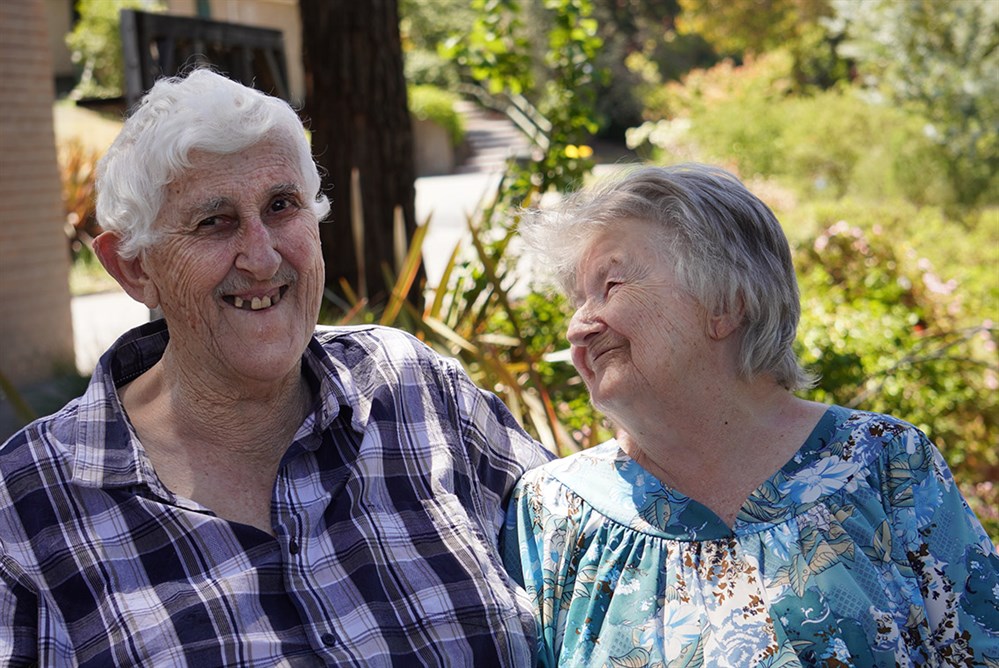 Rex and Lorraine feel the most important tip of all is to keep an open line of communication, and to always respect each other, even if you don’t agree. “We are normal, and we do disagree about things at times,” says Rex, “but even in those heated moments, it’s important to remember that respect and communication are important, and to sort things out quickly.”

Rex and Lorraine’s story began when they were just little tikes, and their story just keeps getting better.

The pair both went to the same kinder and then, together, they went onto the South Hurstville Primary School in Sydney – before forming a strong bond when the pair met again in their early adult years.

Their connection, which would last a lifetime, began when they finally got to know each other - while raising funds for a special needs school. Lorraine was a tender 18-year-old woman at the time, and Rex 21.

Their courtship began one night, while Rex and his best mate Peter were cruising their local area, looking for dates, as young men did at the time.

“We were driving up and down with a noisy car, we would burn up and down the street and see if any girls would want to go out with two young blokes,” says Rex.

Peter’s date told the boys she had a friend nearby, and they made the short drive to Lorraine’s home.

“Rex arrived at my doorstep with his mate, Peter, and I took one look at him and said, ‘What the hell are you doing here?!’” says Lorraine. “Gee I got in trouble that night when I got home. Dad said, ‘don’t ever greet someone like that again,’ but he didn’t know I already knew Rex.”

The foursome then made their way to the local drive-in theatre for a romantic double date.

Lorraine wasn’t quite so smitten with Rex at this stage.

“Lorraine sat and did her knitting while the others made out in the back of the car,” laughs Rex.

Rex felt differently - and couldn’t get Lorraine out of his mind.

“From then on, I just kept annoying her,” he says, “I had the engagement ring for 12 months, and we kept going out, and she kept saying no.”

But all was not lost, and Rex’s persistence eventually paid off.

“I got the blessing from her dad and kept asking until she finally said yes.”

It was around five years later the pair wed in a simple ceremony.

Here are Rex and Lorraine’s 7 best tips for a long, happy, and successful marriage

1. Celebrate the special moments in life

Rex’s first bit of advice is to always remember the special dates.

“We have been together for 53 years, and I never forget her birthday or our anniversary,” says Rex.

Valentine’s Day and Christmas, like many of their special occasions are usually celebrated with a box of chocolates. A grand and lavish gesture might be the way to some hearts, but these love birds believe in keeping it simple.

“You don’t have to spend a lot on each other to show you really care,” says Rex.

Rex and Lorraine have always had a love for helping others. Their volunteer work has been central to their marriage and continues today.

In the early days of their marriage, the pair volunteered together with the Rural Fire Service of NSW (RFS), wrestling against their instincts, and running towards danger to help others in their time of their greatest need.

“We volunteered for 10 years,” says Rex, “and we had a few very close calls with the wind changing direction and exploding houses during bush fire season.”

While serving the RFS, the pair underwent extensive training together, impressively including helicopter firefighting, oil firefighting and marine navigation, with the latter becoming handy in their next adventure as volunteers.

The pair then went on to volunteer in the Coast Guard - with Lorraine a Commander in the tower, and Rex on the boats – rescuing people who had found themselves in deep water.

The pair continue to give back today. Lorraine knits baby clothes for the Royal Flying Doctors, and, while on the road, they find a base and donate the baby clothing directly to them.

The pair love to have a laugh and share a great sense of Aussie humour. “We have a lot of fun together,” says Lorraine

And, when times are tough, they believe it is better to choose to laugh than cry.

“You have to have a laugh, it’s one of the best medicines around,” says Lorraine.

Rex and Lorraine sold their home to buy a caravan and 4-wheel drive, fulfilling their dream to hit the road and travel all over Australia.

Rex believes you should never wait too long to live your dreams.

“If you have a dream, you should just do it. Don’t wait until it’s too late and you can’t enjoy it, or it just becomes too hard.”

Rex and Lorraine are glad they ‘did the thing’ and travelled Australia.

“We’ve seen a lot, and it was a cheap way to live with free camping all over Australia,” says Rex, and Lorraine agrees it was their best decision, “we really have had a great life so far,” she says.

You can read more about their big adventures and see some of their photos, by visiting this link.

While travelling around Australia with Rex behind the wheel, Lorraine would look after the video camera, map and a two-way radio all at once.

“We had no GPS then, so we relied on my map reading skills,” says Lorraine.

But their teamwork doesn’t stop once they leave the road.

“I make the breakfast and morning tea, and Lorraine does lunch, and we wash up together.  Then Lorraine does night nibbles and I wash up. We take it all in turns so the load is shared,” says Rex.

“We really work as a team, and that goes a long way,” says Lorraine.

“What you see before you, my friend, is the result of a lifetime of chocolate.” - Katharine Hepburn

Lorraine and Rex believe sharing and compromise, go a long way in a peaceful home.

“You need to compromise, and learn to give and take. I think that is really important,” says Lorraine.

Like in many marriages, opposites attract, which makes sharing a bit easier when it comes to  sweet treats.

”If we get a box of chocolates, Rex has the white chocolate, I have the dark, then we share the milk ones,” says Lorraine.

Remarkably to some, the couple also share the TV remote, and only watch television shows they can both enjoy together. Sounds fair to us.

Rex and Lorraine feel the most important tip of all is to keep an open line of communication, and to always respect each other, even if you don’t agree.

“We are normal, and we do disagree about things at times,” says Rex, “but even in those heated moments, it’s important to remember that respect and communication are important, and to sort things out quickly.”

Lorraine agrees. “There’s a respect between us, and if we have a problem we talk about it,” she says

As part of their respect and communication approach, Lorraine and Rex believe in giving each other time to cool down after a heated discussion, and in providing each other space when it’s needed.

“If we get frustrated with each other we just go for a walk, and then come back and talk things out,” says Lorraine with a hint of a cheeky smile.

Both Rex and Lorraine are happy to be together, and appreciate the many happy and fulfilled years, "we've had a good life, we really have," says Lorraine.