Long time friends Patsy Martin and Josie Woodgate OAM met nearly thirty years ago and share a love of the ballet and performing. 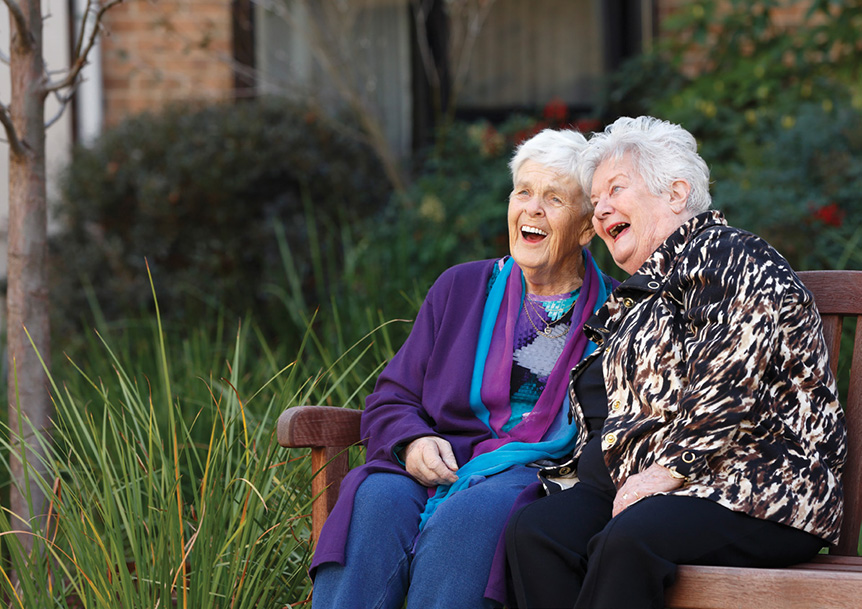 These two ladies of the entertainment world know how to hold a room and captivate an audience.

Longtime friends Josie and Patsy met nearly thirty years ago and found a shared a love of the ballet
and performing.

Josie first set foot on the stage as a four-yearold to sing with her younger sister Eileen. They became known as the King Sisters performing
regularly on radio and in variety concerts until Josie started her solo career at the age of fourteen.

Josie temporarily retired from singing during the early years of her marriage to welcome the arrival of her three sons; Peter, Tony and Steven. It was her youngest son’s enrolment in ballet classes with
the prima ballerina, Kathleen Gorham OBE, that reignited Josie’s interest in the theatre.

After successfully gaining financial support for the National Theatre Ballet School from the Victorian Premier, her path in the world of ballet was decided. Josie was involved in ballet for 45 years,
is still serving as a committee member with the Australian Ballet Society for 35 years, and serving as president for 25 years.

In 1993 Josie was awarded a Medal of the Order of Australia (OAM) for her work for ballet in Australia having served as a Director on the Boards of The Australian Ballet and The Australian Ballet School.
It was during her time with the Limelighter’s Association – a group of performing arts women who raised funds to support arts and disadvantaged students – that Josie met Patsy.

Patsy was destined to be a performer. Born in Manchester, England to a pianist and a ballet dancer she lived the life of a gyspy. Touring with her parents throughout the country she loved the
sounds, sights and smells of entertainment, and all she ever wanted to do was to act on stage.
Growing up during the war, Patsy attended many of her parent’s parties surrounded by actors, singers, dancers and musicians, all "having a bloody good time before the next bomb hit!"

Patsy left school at 13 to become an actress, but her parents decided she should get a ‘proper’ job, so she worked as a salesgirl in a large department store, before running off to Australia at 17 with
her soon to be husband, whom she had met only three weeks earlier.

They settled in Australia, growing their family with six children, four of whom survive today.

The marriage broke down, and Patsy later met and married her wonderful soul mate Noel, who encouraged her to start doing what she’d always wanted to do – act!

One of Patsy’s most memorable triumphs during this time was a television commercial for chainsaws that ran for five years, spreading her fame far and wide. “It must have sold a hellavu
lot of chainsaws and brushcutters!” Being mates with Val Lehman (best known for her role as Bea Smith in Prisoner), Patsy joined the Crawford productions family, appearing in Prisoner, Cop Shop, The Sullivans and Flying Doctors, to name a few.

Patsy served as a committee member of the Australian Ballet Society Inc with Josie, their mutual love of the performing arts cementing their relationship.

Both Josie and Patsy moved into Mayflower as independent living residents in 2003, putting their skills for organising a lively show to good use, running the monthly happy hour with great success, as well as serving on the residents’ committee.

They both enjoy the secure and welcoming environment at Mayflower and continue to entertain staff and other residents with their great storytelling and amusing life experiences.