Learn How Bingo Benefits Both Body and Mind

Learn How Bingo Benefits Both Body and Mind

Bingo is one of our most requested activities, and brings great joy and health benefits in surprising ways. 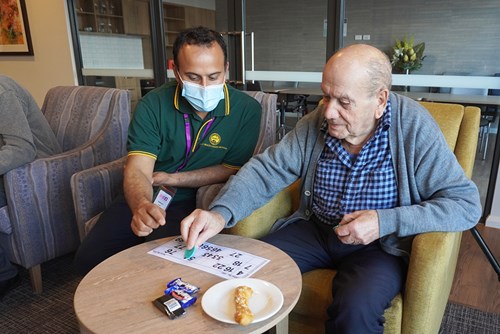 Pictured above: Chris with one of our students, Surya, enjoying a game of Bingo, with a 'Greek treat' - a Koulourakia biscuit - waiting for him.

Bingo - much more than just a ‘cliché’

Bingo is a great way to dust off your competitive spirit and have some fun, with the hope of winning much sought-after prizes - often chocolate - too.

Researchers around the world have found that playing Bingo has multiple health benefits for older adults. You can build social connections, increase hand-eye coordination, and maintain your cognitive abilities and focus. Just think about the concentration it takes to manage multiple boards!

Bingo also provides a wonderful excuse to laugh the afternoon away with legs-eleven and those two-sitting-ducks, while catching up on the latest gossip with friends.

So, how does Bingo help people who are getting older?

It takes concentration and listening skills to play a game of Bingo, and by exercising these skills, cognitive abilities are sharpened. And who wouldn’t like a sharper mind?

The game requires all players to remain alert, to be able to hear and recognise the numbers, then remember that information long enough to compare it to the game board (or two!) in front of them. This helps improve memory.

The University of Southampton did some interesting research on the subject, and they found that bingo players had better results in tests of memory, speed, and cognitive function than those who didn’t play.

Hand-eye coordination also improves when playing Bingo, due to the speed of movements required to respond to numbers being called. A player must respond fast enough, and move their tokens quickly enough, to be ready for snakes alive (5), two fat ladies (88), or key to the door (21), amongst others.

And you need to speak fast too. Callers can’t honour a “Bingo!” if it’s not yelled out before the next number is called. So, you need to be quick to win the jackpot (or bounty of chocolate!).

Bingo can be played by anyone, with any ability. They just may need a little help.

At Mayflower, we have had great success helping residents who are experiencing reduced vision to play the game, by using custom larger game boards that have large and bold numbers.

The contrast of thick black text on the white playing board also helps residents living with dementia to see the numbers more clearly.

We purposely use the same boards for all residents playing, to reduce stigma and maintain the dignity of those effected.

When a resident has lost the ability to play on their own, due to visual or physical decline, the lifestyle team ensures they can still get involved. This is achieved by giving the player a ‘bingo buddy’ who can help them along as needed.

Bingo has social benefits, too.

Loneliness is not good for anyone’s wellbeing, seniors included. Avoiding the risk of isolation and boredom is a key reason many people choose to live at Mayflower.

By maintaining social connections - through bingo and other social activities - residents see a reduction in stress levels, depression and anxiety, as well as helping to maintain their physical health.

Research has shown that people who choose to participate and engage in regular lifestyle activities often live longer and healthier lives.

And by being part of a regular group, such as Bingo, our residents stay connected to the Mayflower community, and often make a few new friends along the way. This helps nurture a sense of wellbeing and belonging, in a safe and fun environment. 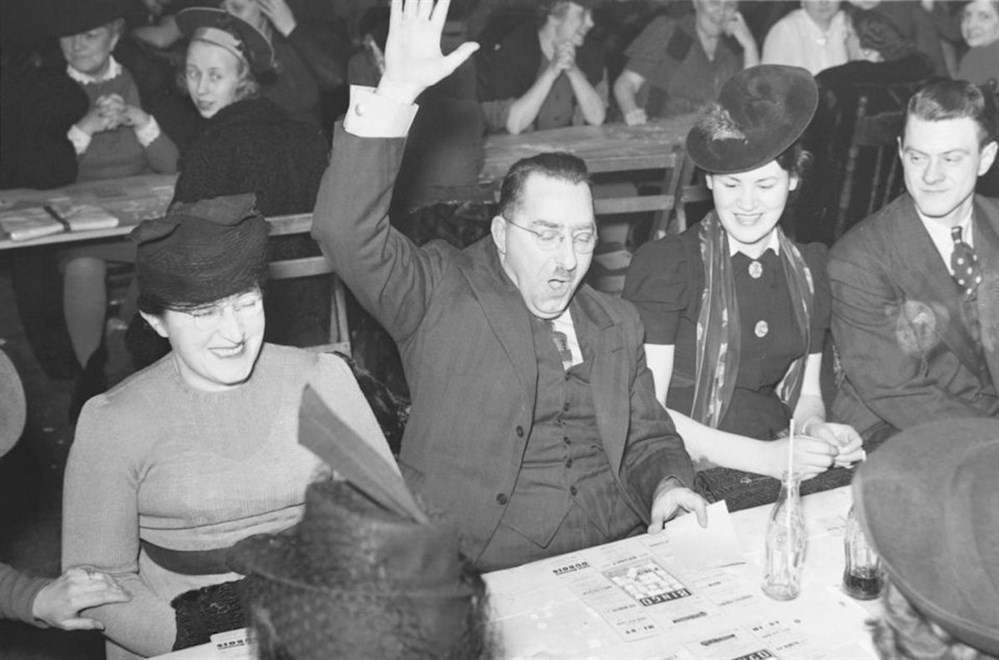 Pictured above: Historical and fun photo of a gentleman playing Bingo and WINNING. Circa approximately mid 1930's.

Fun facts, and a little history

The name ‘Bingo’ comes from a variation of an American lotto game called ‘Beano’ - which used beans to mark the numbers. The origins of the game can be found as far back as the mid-1500’s in Italy, and then was popularised in France before it travelled to Britain, Australia and America.

Legend has it that in 1929 the game was first introduced in America by a toy manufacturer at a carnival in Georgia, run by Edwin S Lowe.

The phrase “Bingo!” was created when an enthusiastic friend of Lowe’s became tongue-tied with the excitement of winning the jackpot and yelled out “B-B-Bingo!”

And so it all began! On the backbone of this success, Lowe went on to sell another iconic game, Yahtzee. 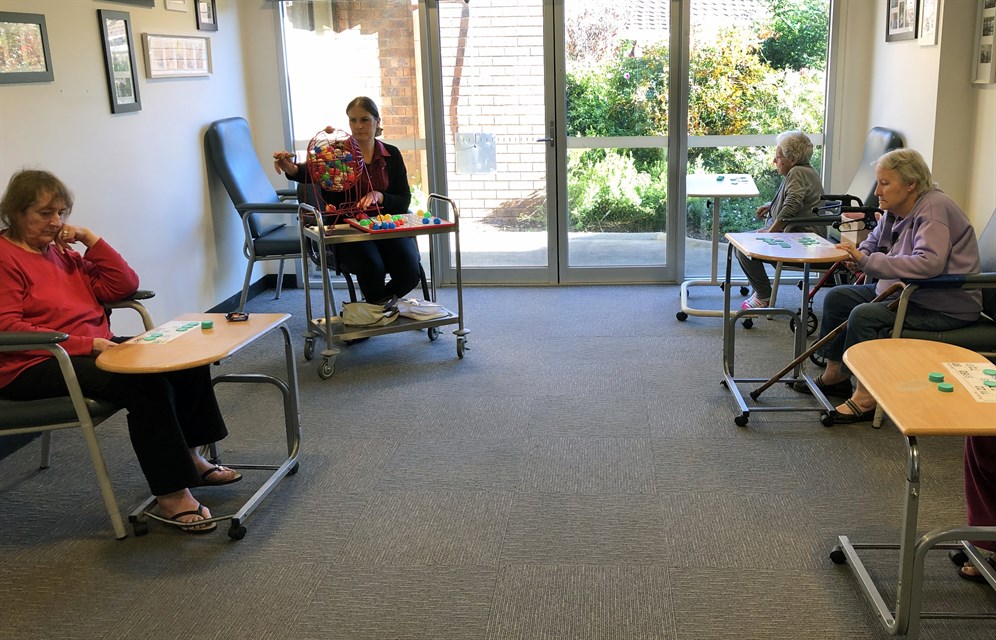 Pictured above: Lifestyle staff member Helen, and residents from left to right: Janis, Norma and Margaret quietly enjoying an afternoon of Bingo.